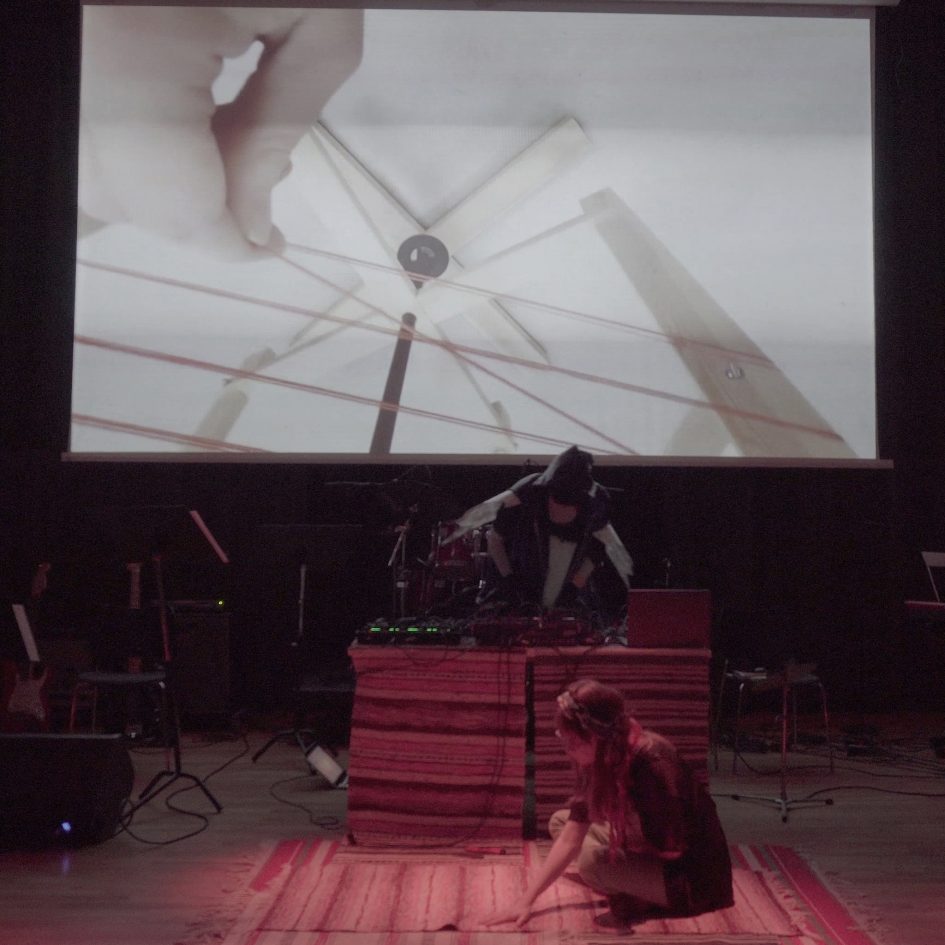 “Slaggsten and Trasor” is a performance created in relation to three texts written and read by three women from Sandviken at different ages. The texts are about emotions and experiences from growing up, living and feeling in relation to living in a small industrial city. The lyrics were collected in 2016 and have since been a part of various pieces of music and performances. This time, the texts are woven together with the ongoing work “Tygla vårt sätt att andas” which examines conditions and feelings associated with textile craft traditions and social order.

The performance was done at Kulturcentrum in Sandviken, during the celebration of the book “Livfjädrar” By Anna Jörgensdotter, Helene Rådberg och Carolina Thorell.

The film is a short version of the performance where only one of the texts (by Anna Jörgensdotter) is read.