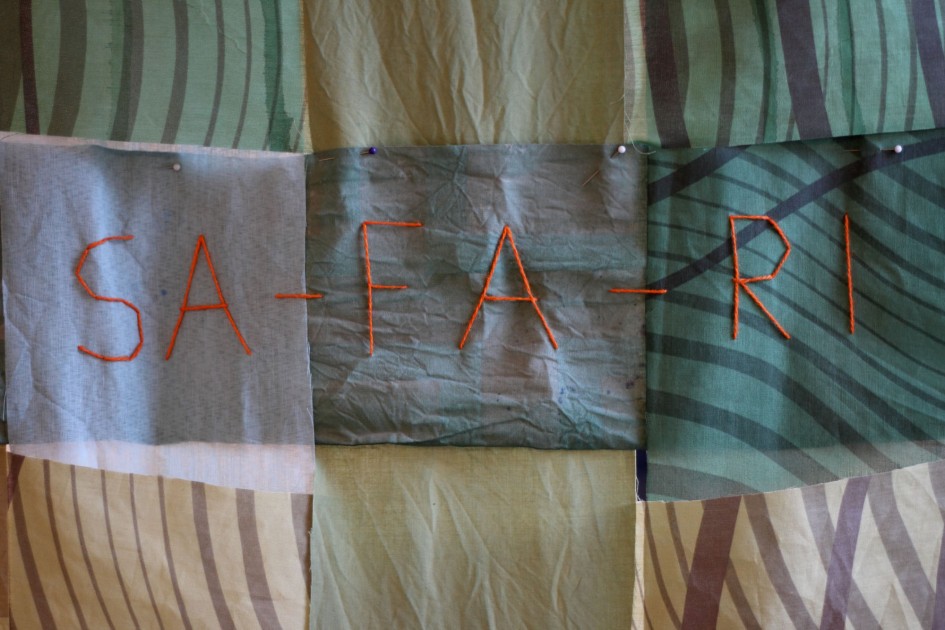 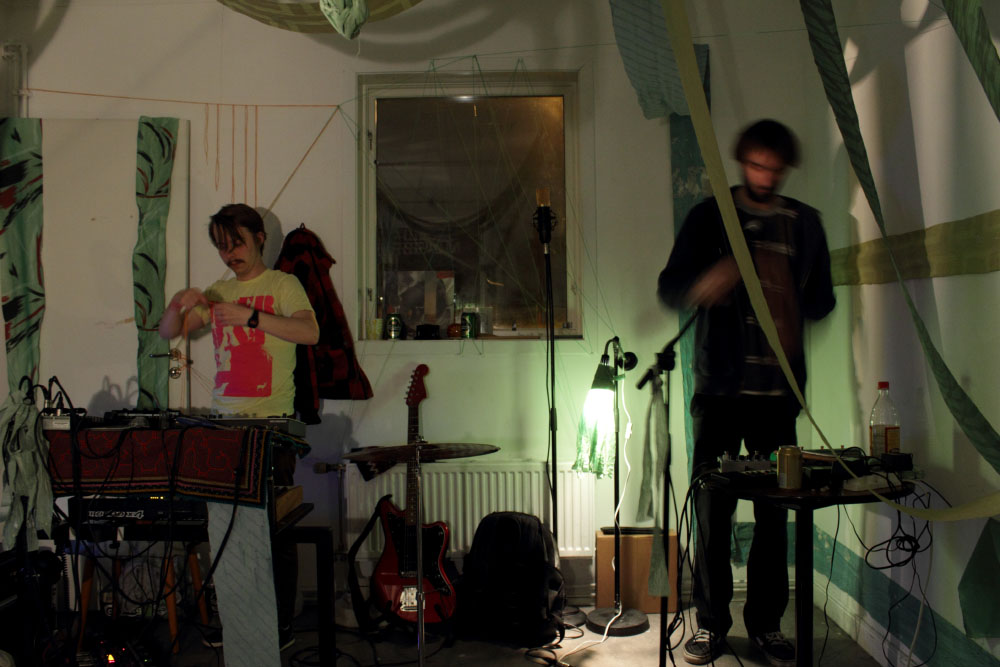 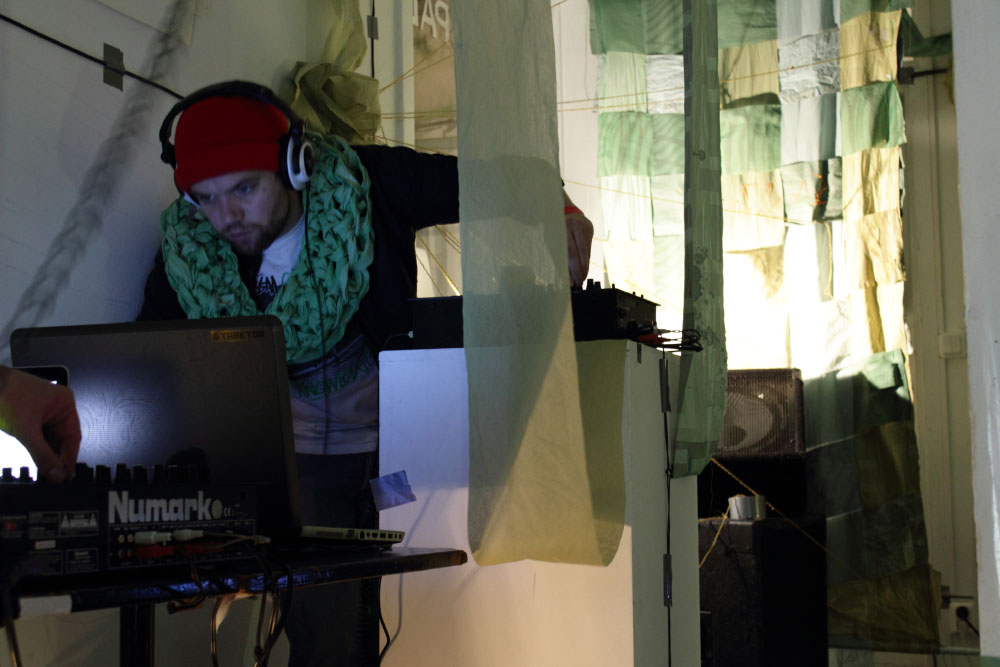 We customised our own work spaces but also the common space. There was a corner where the audience could sit down, look at a slide show or perform a task Karin told them when entering the second room. The slideprojections were filled with messages created by the audience. 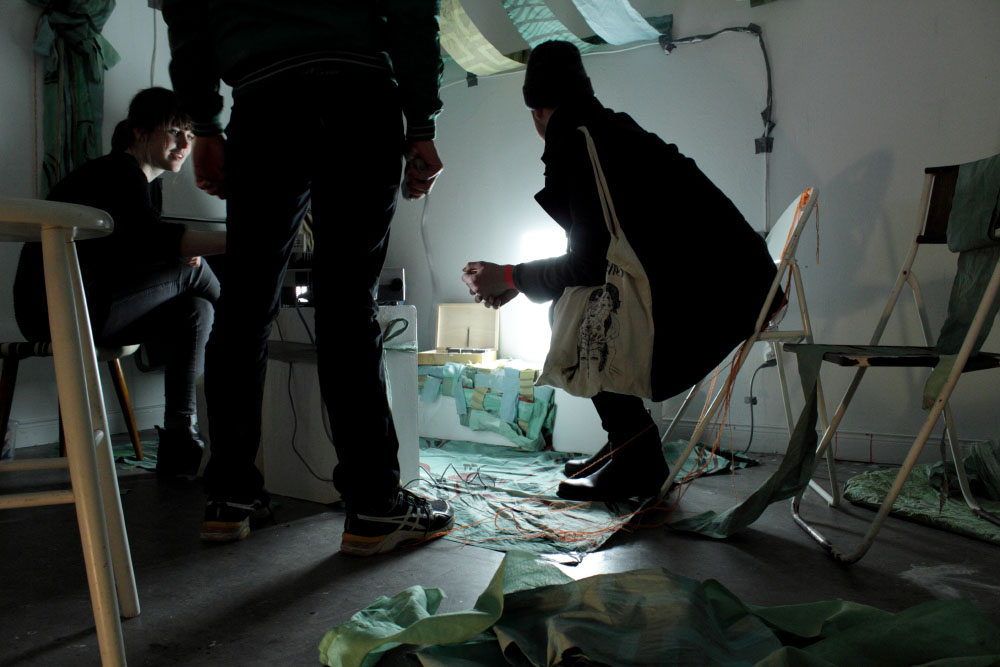 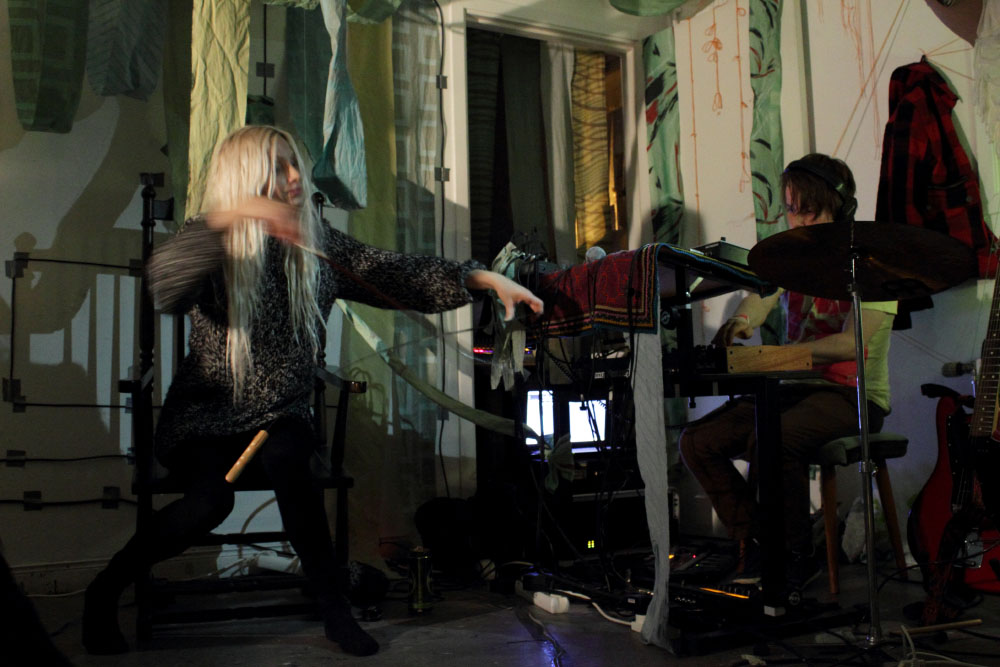