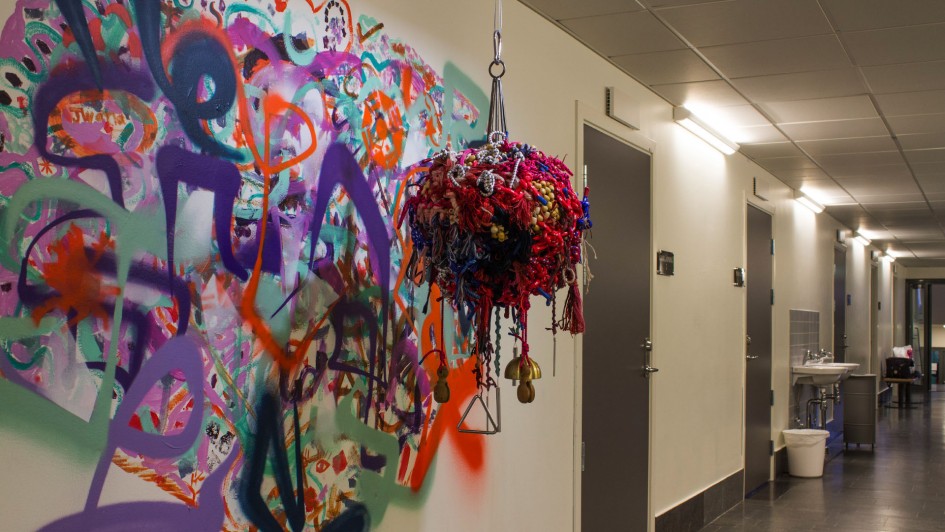 A installation in three parts situated in a municipal corridor at Sandviken Culture Centre. Between the three artworks in the corridor there is a possible creative communication created by sound. 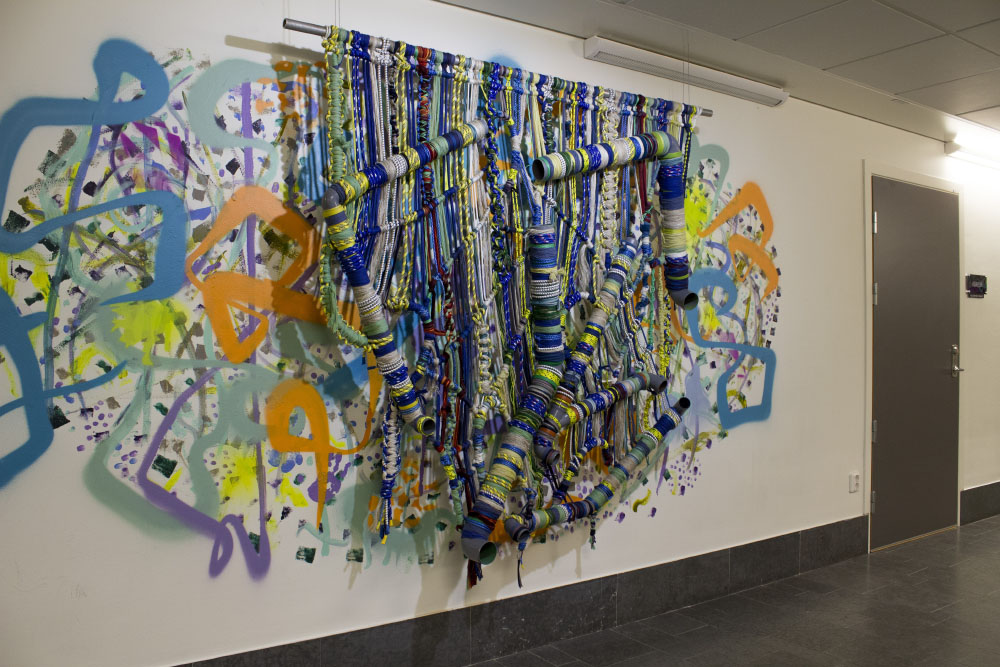 Making textiles often brings unwritten rules about “right and wrong”. [krig] s creation of textiles are based on the idea of scribbles. That scribbles are something everyone can do and that its not reversed and done correctly. 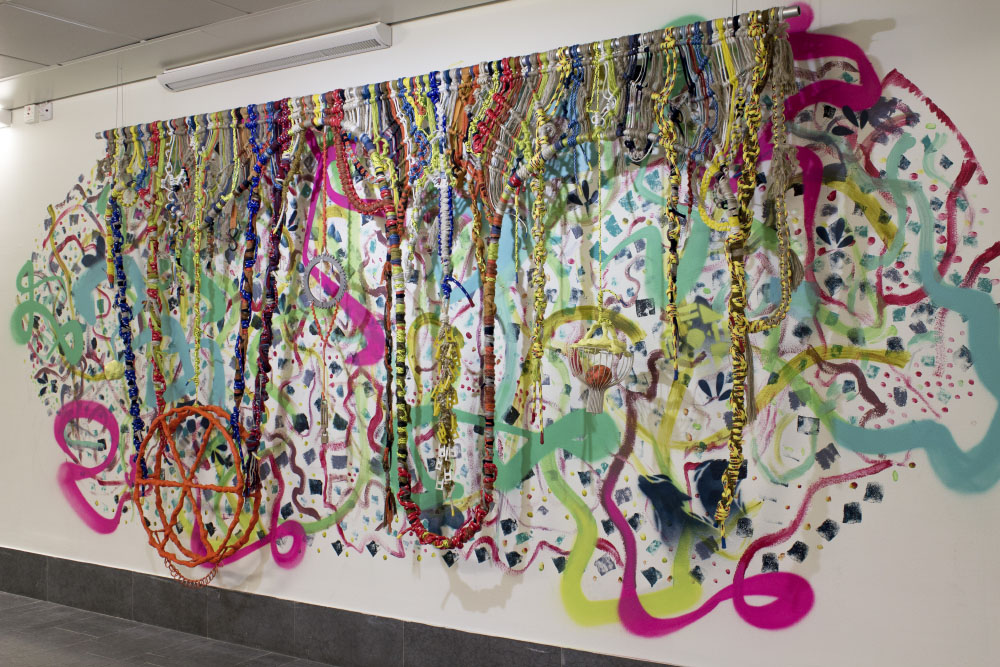 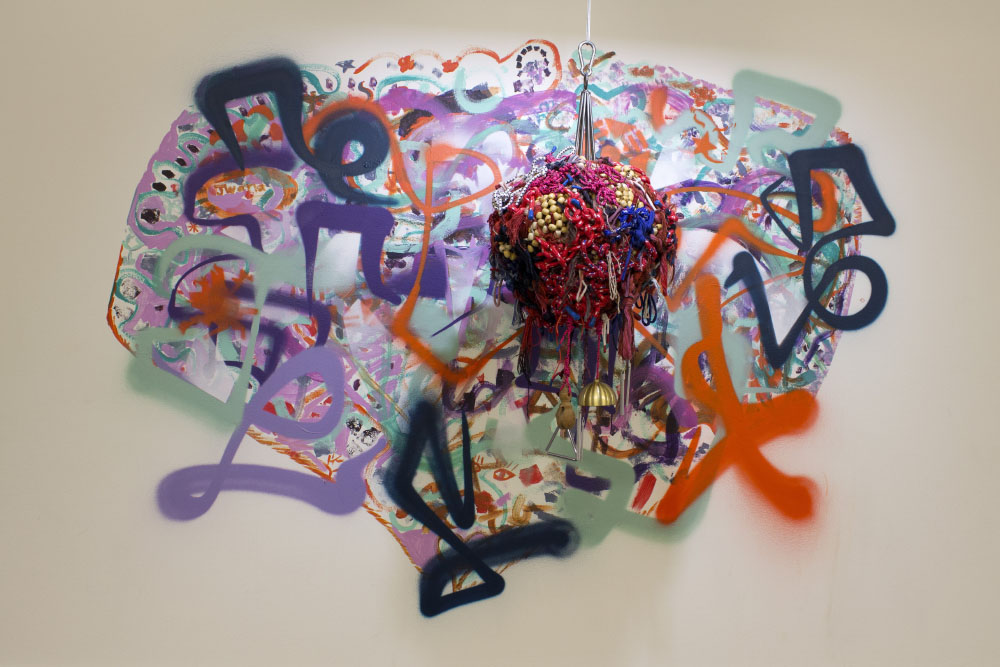 The textiles are built up from one side to the other, in one flow the thread are tied together, without thinking about what will happen later and how they will be attached or hidden. Sound-making objects are braided into the textile. The textile takes color of the wall paintings. 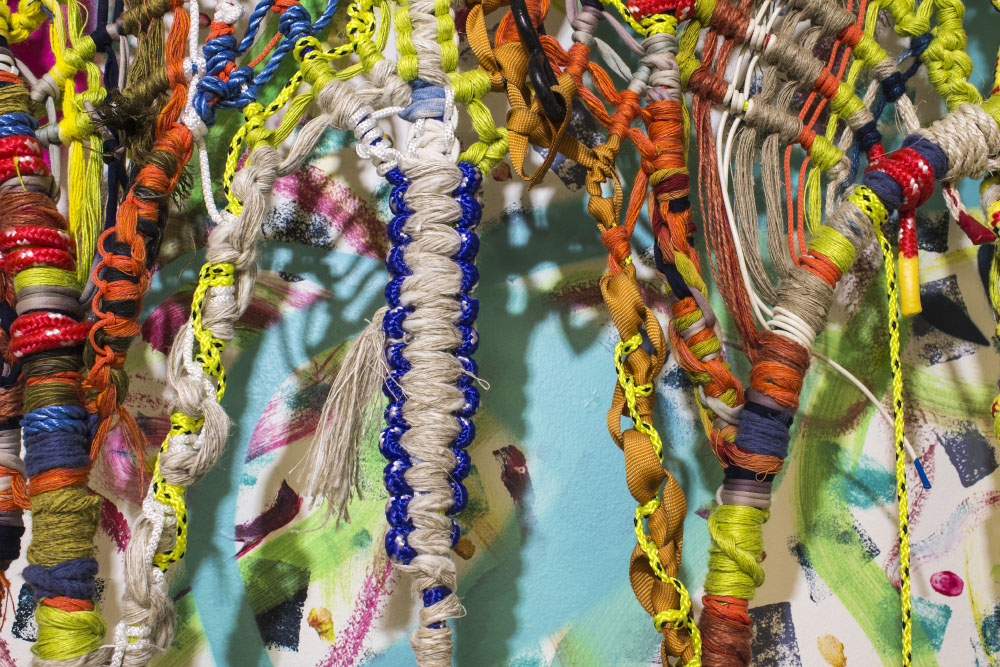 The final form of the artwork was created through creative workshops conducted with groups that used the corridor in the Cultural Centre in the fall of 2017. During these occasions, our ideas for the sounds, shapes and colors were formed together with the participants. 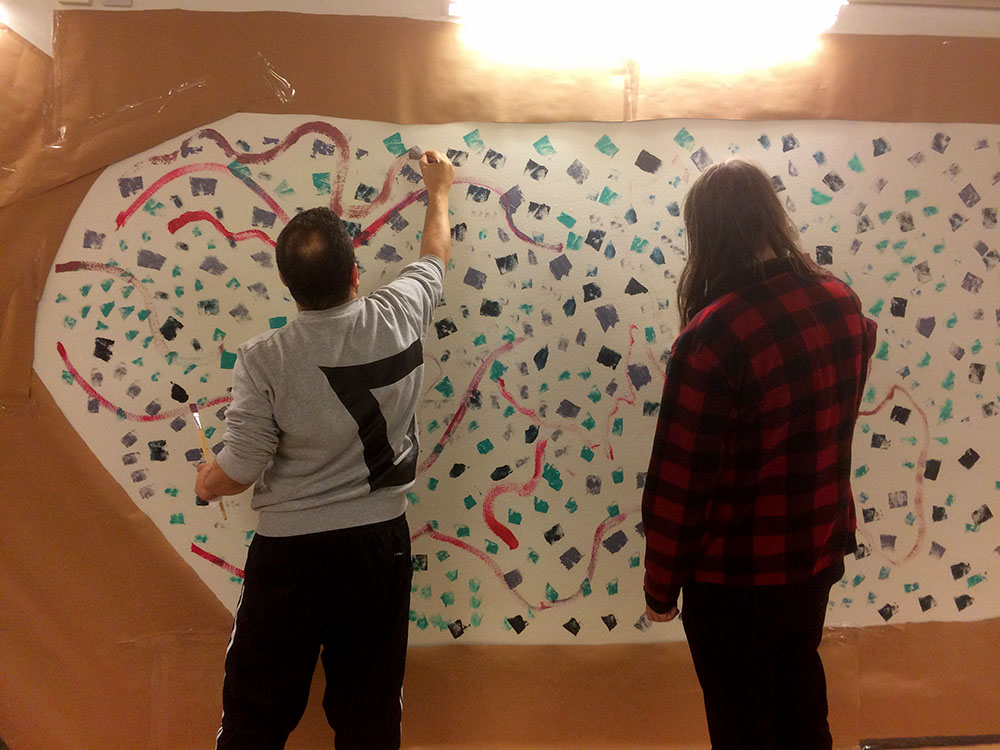 The wall paintings are made directly on the wall by participants and by passers as part of the artistic process. Instructions for how the paintings were to be done were tested during previous workshops. 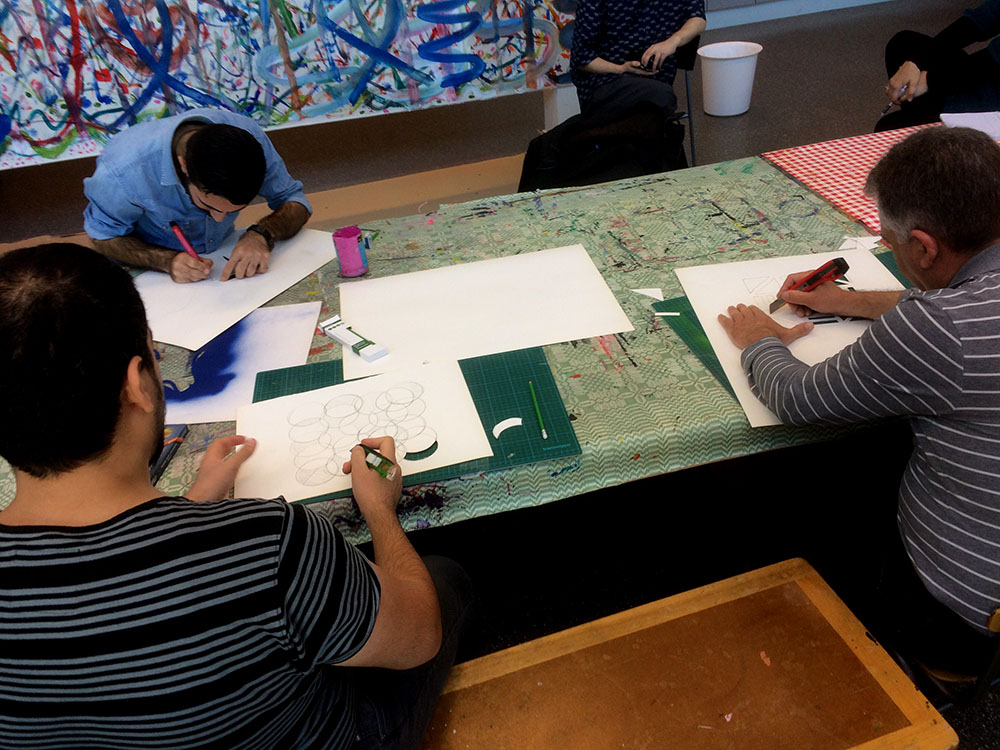 Reed more about the project and its process at: www.omenkommunalkorridor.blogspot.se